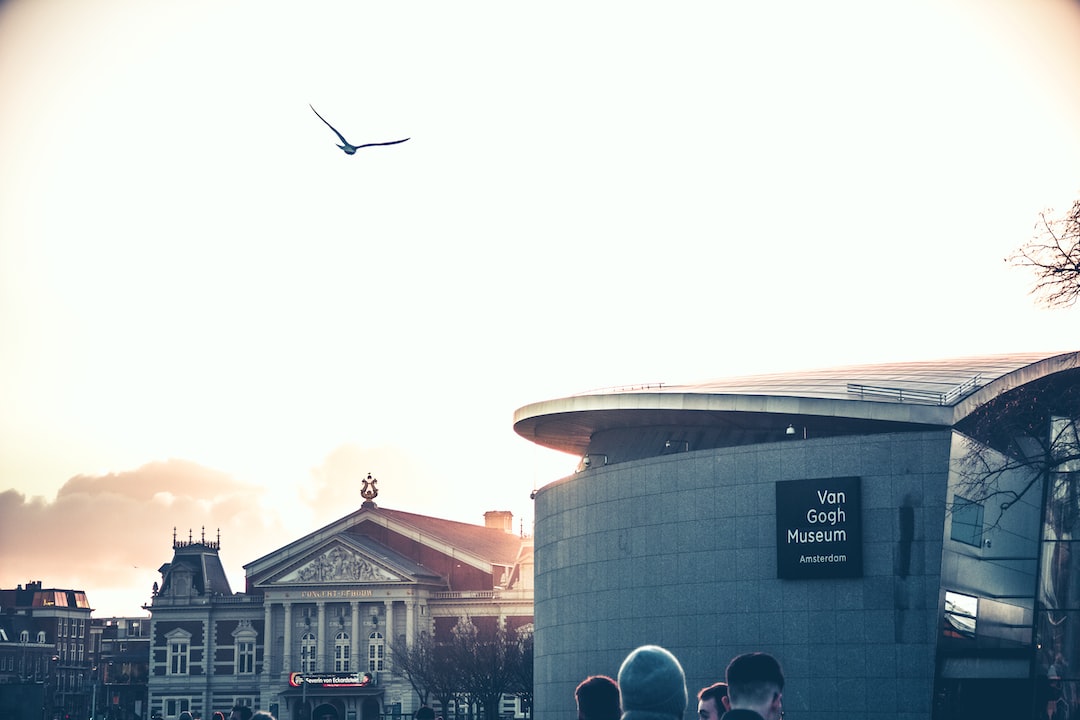 The throng of visitors at the Van Gogh Museum in Amsterdam can make any attempt to see all of the many paintings overwhelming. It may be better to view a selection. The following nine paintings are among the most memorable.

Van Gogh created a number of pictures while living at Auvers-sur-Oise in France. Landscape at Twilight is one of these. The painting's distinctive style makes it immediately recognizable as one of Van Gogh's works, but what is particularly noteworthy is the artist's use of perspective and balance.

Wheatfield under Thunderclouds has a mesmerizing blue sky that dominates the top two-thirds of the canvas. Below this sky lies a field of wheat that is a patchwork of textured green shades. Interestingly, despite the suggestion of storminess that the title conveys, this painting is more like a joyous country scene.

Van Gogh created this work in 1889 when he was a voluntary inmate at the St. Paul's Hospital. The painting shows a man stepping on to a path that runs through a garden of trees. In the foreground, these trees bear an array of wildly coloured leaves, suggesting chaos as well as natural beauty.

Almond Blossom is a painting with a wonderful delicacy. Exquisite branches of trees, scattered with white blossom, stand against an ethereal background. In this regard, the work is similar to Japanese art, which Van Gogh admired.

This picture also reflects Van Gogh's love of Japanese artists. It displays a peach tree in an orchard where the ground appears to mirror the tree's blossom.

A well-used chair may be an unusual subject for an artist. But Van Gogh's intention is to show that his friend, the painter Paul Gauguin, has recently been sitting here. On the chair's seat of worn, yellow-and-green straw is a burning candle and some books. The impression is that Gauguin has just been reading during the evening or at night. Another candle, attached to a smudged green wall, further lights the scene. Despite Gauguin's absence, Van Gogh captures an awareness of his friend's personality.

Irises were one of Van Gogh's favourite subjects for still life paintings. What is noticeable about this particular rendering is that some of the irises have broken stems. They lend an offbeat touch to what might otherwise be a conventional flower arrangement in a jug.

Head of a Skeleton with a Burning Cigarette

Van Gogh's darkly humorous side is evident in Head of a Skeleton with a Burning Cigarette. The picture is a portrait of a skeleton's skull, neck, and shoulders, with the teeth clamped on a hand-rolled, lit cigarette. The effect is both humorous and morbid.

Although it hangs in his museum, the last painting on this list is not one of Van Gogh's. Women Kissing, painted by Jan Sluijters in 1905, has the same brilliant use of colour and background; however, the juxtaposition of the two women, one dressed mainly in pink and the other in black, together with the sense of movement, make this work unique.
You will have noticed a significant omission from the above paintings: Sunflowers. This picture is, of course, the main attraction in the Van Gogh museum. The nine paintings described here complement it and provide further insights into artistic genius.

Kevin Watson is an award-winning writer whose work includes online articles and blogs. He has written material for multinational companies, small businesses, and individuals.

"Museumplein sunset view with Van Gogh Museum and Concertgebouw in the background."

Five Must Visit Cities in Greece