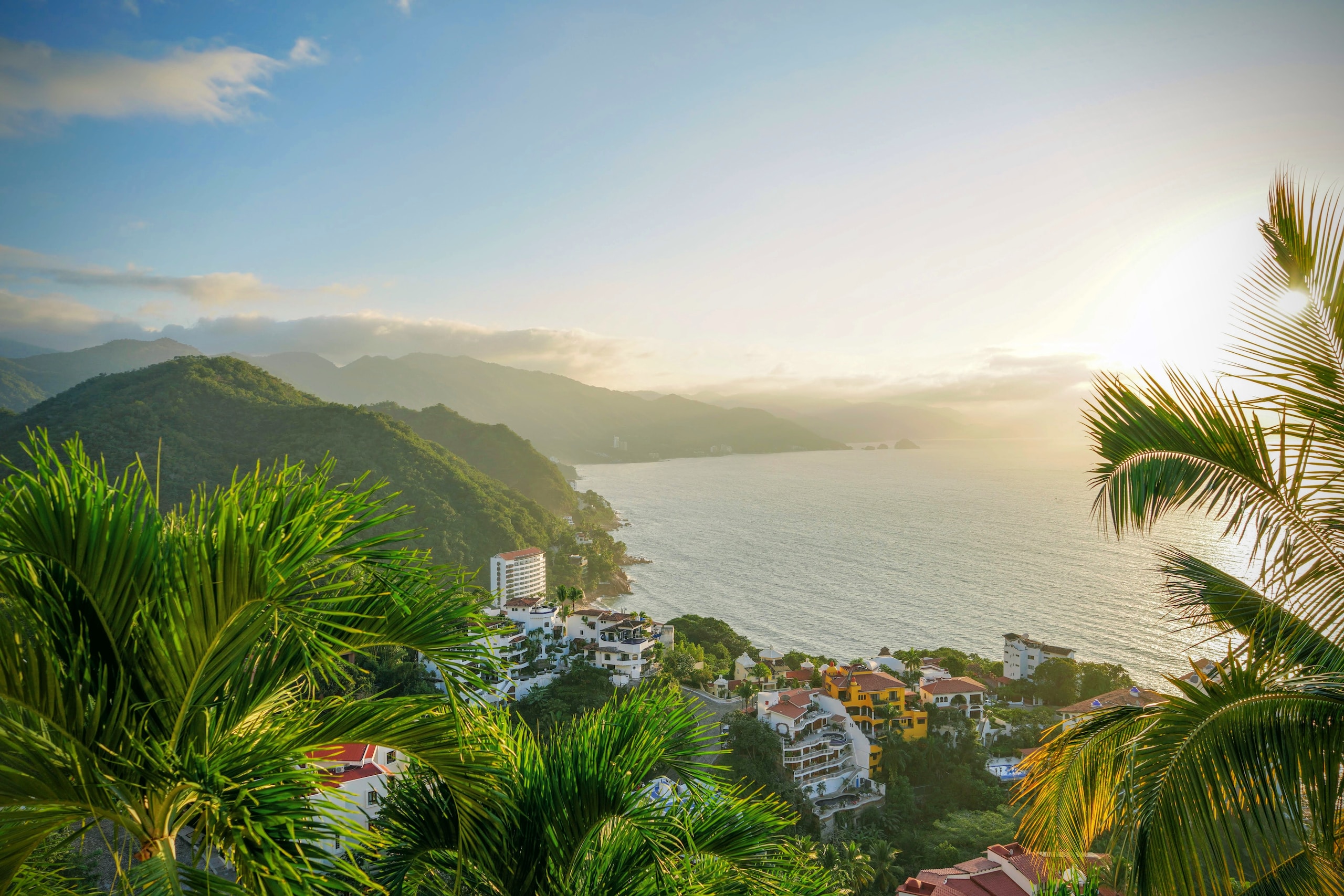 I got lucky, yet again.
My best friend fell in love.
He met her in Puebla, the city where we studied. The two of them became soul mates in the shortest of times. So how did I get lucky?
Her cousin booked a humongous condo for one of the biggest Mexican holidays in Puerto Vallarta… and I could stay with them; for pennies on the dollar. Great.
We got off the plane and the first thing I noticed was the heat. It almost burned.
We grabbed a cab, drove towards the apartment and assigned rooms.
After that, we were gone for the night, getting lost in the smells and sounds of downtown Puerto Vallarta.
The city offers great Mexican nightlife.
Seafood lovers can munch away in many of the cheap restaurants right at the beach. Partygoers can find their fix of booze and loud music on almost every corner.
I ended up being one of them… and got out of bed late the next morning.
The beaches are nice and they get better with a short drive in any direction along the coastline. We found beautiful, empty, almost hidden, beaches within thirty minutes. The waves are perfect for some mild adrenaline kicks; not too high but a little scary.
There are great snorkelling spots all around Puerto Vallarta.
One afternoon, we went out on a boat to a small island, home to exotic birds that I have never seen before. We swam and snorkelled away in the warm water. Some memories that stuck with me until today.
The next day we went to a beach that is only accessible by boat.
We hired a local bosun who shipped us over on his speedboat. The drive alone was an adventure. We could see the stunning wildlife along the beach and the mountains sealing off the hidden beaches from the rest of the world.
Once we got to the beach, I was surprised to see locals with donkeys. How the hell did they get there? I never found out and did not really care to ask.
Fish was ridiculously fresh and cheap at the small food huts. I highly recommend it.
We spent the whole day there and went back, exhausted and burned out by the sun.
One of the evenings we went on a boat and got our party on. We had to. Remember, it was an important Mexican holiday. So not partying and not drinking local Tequila, which is made not far from Puerto Vallarta, would have been an insult to local culture.
These boats are great fun and leave daily in the high season. One of them looks like an old pirate boat. I was a little sad that we did not go on this one.
However, it was great fun.
I love Puerto Vallarta and recommend it to every Mexican visitor.
I still have it saved as a location in my weather app. It seems like the temperature is just constantly in the 90s throughout the entire year. I get jealous of people living there.

Type to search or hit ESC to close
See all results